BITCOIN could have just been DESTROYED after India’s finance minister Arun Jaitley vowed to ban cryptocurrency and discontinue the use of bitcoin. Will the BTC price now crash after India threatened a digital cash ban?

India’s government said it does not consider cryptocurrencies to be legal tender and will try tp phase out payments using coins such as bitcoin.In a meeting yesterday, Mr Jaitley renewed India’s commitment to ending the use of BTC and other cryptocurrencies.The ban, he said, was India’s continuing fight against money laundering and the funding of terrorism.He said: “The government does not recognise cryptocurrency as legal tender or coin and will take all measures to eliminate the use of these crypto assets in financing illegitimate activities or as part of the payments system”.

However, he did not rule out looking further into blockchain technology.

He said: “The government will explore use of blockchain technology proactively for ushering in digital economy.”

Cryptocurrencies could now be at risk after the announcement, amid the threat of bitcoin dumping or devaluation.

“We have seen some dumping of bitcoins.”

Coinsecure has a volume of about 100 coins a day, he said. 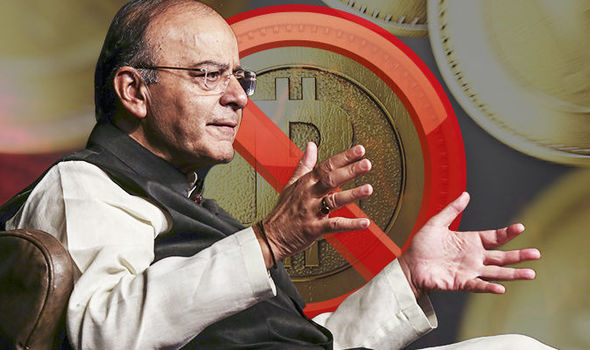 However cryptocurrency investor and influencer Oliver Isaacs said he was not convinced the so-called ban would have an effect on markets.

He told Express.co.uk: “With cryptocurrencies and blockchain technology going from strength to strength despite the volatile market conditions, I feel India’s threat to ban cryptocurrency will not have the devastating effects that some people are suggesting.”

A ban is unlikely to decrease the speed at which digital currency is moving, given the unprecedented growth in other countries, who currently show no signs of going down the same path as India.

“Blockchain technology, which is decentralised is a large and complex entity, which cannot be tamed by the actions of individual countries or single organisations, as we saw with Facebook banning Cryptocurrency adverts earlier this week.

“Blockchain is revolutionising the way the financial world operates, with many positive benefits for society and organisations across the world and I have a feeling India will reverse their decision soon just like South Korea recently did.” 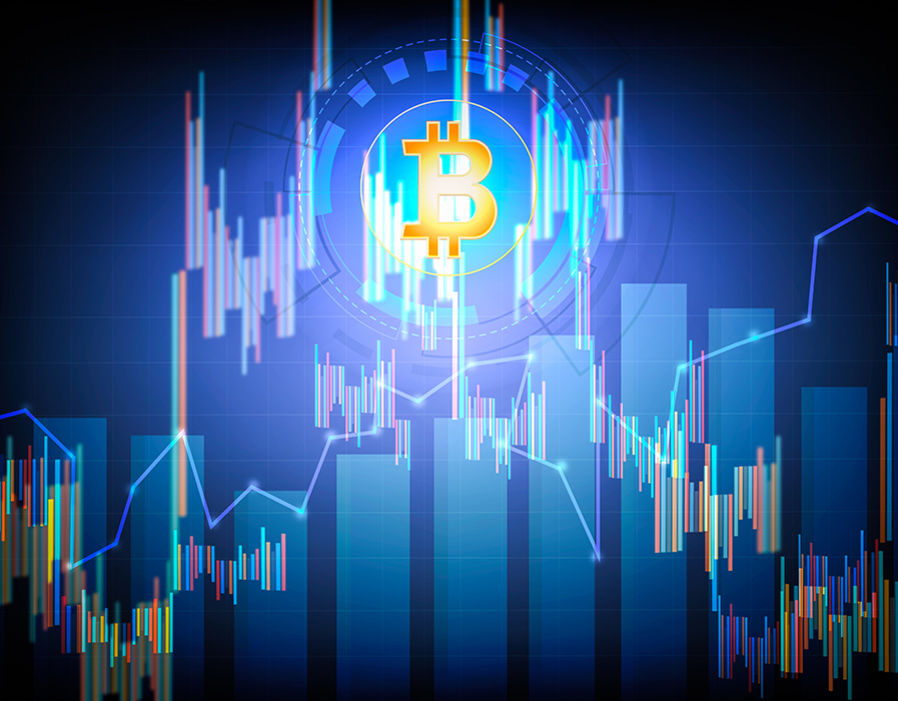 Bitcoin prices in India’s exchange have been consistently higher than those internationally, largely due to India’s capital control system which makes it difficult for citizens to buy BTC abroad.

While foreigners are unable to take advantage of the higher asking prices in India, according to Sathvik Vishwanath, founder of Indian bitcoin platform Unocoin.

He told the Financial Times that Bitcoin trading has surged in recent months, adding: “Early last year we were gaining about 10,000 new users each month.“In December it was about 7,000 to 8,000 each day.”

If the digital currency does end up facing a ban, it could mean a drop in sales that could send the Bitcoin price crashing.

But the carnage remains… for now…

Notably, another exchange – BitMEX is down…

It seemed like just yesterday that every cryptocurrency bloodbath would be promptly bought, often sending the price of bitcoin and its peers to new record highs. Those days appear to be over, at least for now.

So far this year, cryptocurrencies have been beset with bad news: Bitfinex, by some accounts the world’s largest exchange, was recently subpoenaed by the CFTC, along with Tether, a separate corporate entity that involves many of the same people from Bitfinex, as questions mount about the authenticity of its tether token. Tethers, which are widely used by crypto traders to quickly move in and out of different crypto pairs, are supposed to be backed by dollars, with one tether = one dollar. But Tether’s decision to fire its auditor appears to validate the concerns of the exchange’s critics.

Raising fears about another massive, Mt. Gox-like hack, Coincheck, a mid-sized Japanese exchange, reported this month that it suffered “the biggest crypto theft in its history” when hackers made off with $400 million worth of NEM tokens. On Friday, Bloomberg reported that Japan’s Financial Services Agency raided Coincheck’s offices a week after the hack, hauling out documents and computers as evidence.

The inspection was conducted to ensure security for users, Finance Minister Taro Aso said. On Friday morning, 10 FSA officials entered Coincheck’s premises to gain a better understanding of how the exchange is operating in light of the regulator’s business improvement order imposed earlier this week, an agency official told reporters in Tokyo. The exchange has until Feb. 13 to produce a report detailing the causes of the incident.

And as if the threat of cybertheft wasn’t enough to scare off the marginal buyer, the threat of regulators trying to ban crypto – much like China did – has become a major concern. Regulators in India said explicitly declared yesterday that bitcoin is not legal tender and said it would take “all measures to eliminate their use,”foreshadowing a coming crackdown in a market that many hoped would one day grow to one of bitcoin’s largest. After a weekslong will-they-won’t-they back and forth, South Korea‘s Ministry of Justice announced revealed that it had abandoned a proposal to ban crypto outright, but instead seek to regulate it, requiring exchanges to obtain details about customer identities.

After bitcoin’s worst month in years, it dipped below $8,000 Friday morning in the US to levels it hasn’t seen since November while Ethereum, Ripple and Litecoin all took double-digit beatings.

Meanwhile, as Bloomberg points out, bitcoin’s rough month was even worse in South Korea. As of Friday morning ET, bitcoin has dropped more than 60% from its January high in Korea as South Korea struggles with how to prevent money laundering and tax evasion without throttling the ecosystem.

The selloff has many Korea traders fearing the worst.

“The bubble in cryptocurrencies has burst” in Korea, said Yeol-mae Kim, an analyst at Eugene Investment & Securities Co. in Seoul. Because of the intense demand from retail buyers, bitcoin trades at what’s called “the kimchi premium” on SK exchanges. In January, the premium stretched to its widest level on record when bitcoin traded at $22,525 in Korea, $7,500 higher than the composite price at the time.