Israeli news outlet Maariv reported on the apparent meeting between Kerry and Hussein Agha in London, where the 2004 Democratic presidential nominee also reportedly floated a possible encore bid in 2020.

But in the conversation, Kerry reportedly told Agha to share a message with Abbas – urging him to “hold on and be strong” during talks with the Trump administration and “play for time … [and] not yield to President Trump’s demands.”

Kerry, who served as former President Barack Obama’s secretary of state during his second term, also reportedly told Agha that Trump would not be in office for long, suggesting he could be out in a year.

According to the report, Kerry used derogatory terms when referring to Trump, and offered to help the Palestinians create an alternative peace initiative. He reportedly asked Abbas not to attack the U.S. or the Trump administration, but rather focus attacks on the president himself. 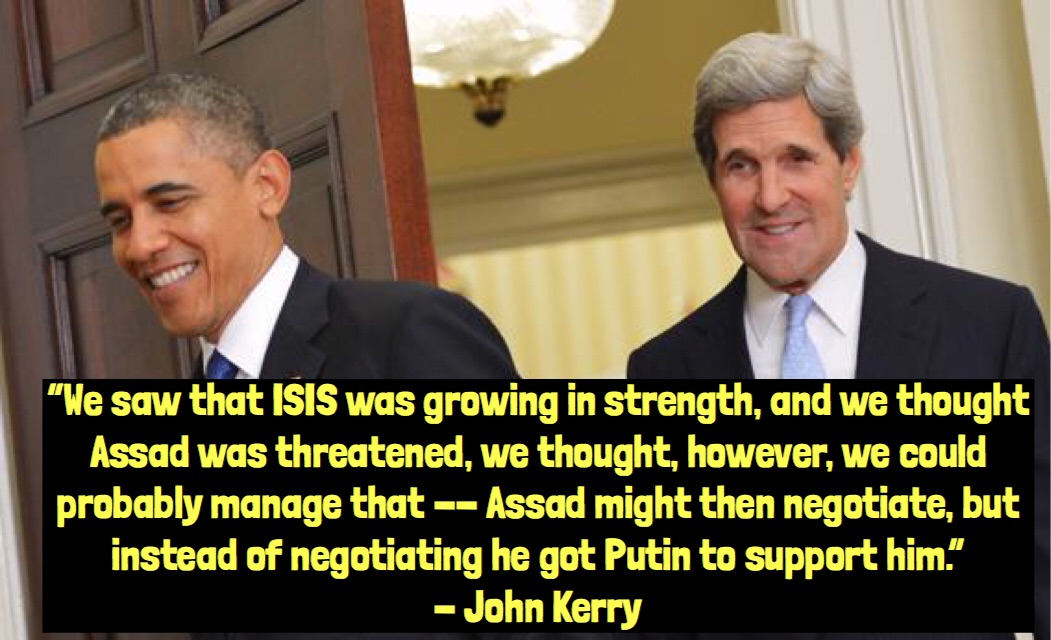 The White House did not immediately respond to Fox News’ request for comment on Kerry’s alleged remarks.

The State Department told Fox News they would decline to comment.

It’s unclear whether Abbas plans to take Kerry’s advice – but the Palestinian leader already has drawn the scorn of the Trump administration. U.N. Ambassador Nikki Haley used a U.N. Security Council meeting Thursday to slam Abbas over recent remarks he gave in which he allegedly rejected any U.S. role in peace talks. “We will not chase after a Palestinian leadership that lacks what’s needed to achieve peace,” she said.

Kerry’s meeting with Palestinian Authority representatives comes just one month after the Trump administration decided, after years of U.S. promises, to recognize Jerusalem as the capital of Israel.

Vice President Pence this week said that peace between Israel and the Palestinians is more likely following the decision, and noted that the State Department would begin the process of moving the U.S. Embassy from Tel Aviv to Jerusalem. Pence said Monday that the embassy would open next year, ahead of schedule.

This week, Pence also fired back against accusations that the controversial announcement made the peace process impossible and breached the trust with the Palestinian leadership.

“The truth is, the Palestinians walked away from negotiations for peace with Israel since 2014. It’s time for the Palestinians to come back to the table,” Pence told Fox News this week. “The reality is President Trump made a promise to the American people and he kept that promise in recognizing Jerusalem as the capital of Israel.”

Pence added: “We’ve made no determination on the final status of boundaries of any peace agreement and if both sides come together and agree, we’ll accept a two-state solution.”

According to Israeli media, Arab leaders in Davos have expressed hope they could resume peace talks, despite the Jerusalem controversy.

‘They are a danger to the world’: Billionaire Clinton supporter George Soros says the Trump administration wants to create a ‘mafia state’, but predicts a 2020 ‘Democratic landslide’ in controversial Davos speech

Billionaire businessman, George Soros, called out the Trump administration for being a ‘danger to the world’.

The 87-year-old made the comment during a dinner he hosted on the sidelines of the World Economic Forum in Davos, Switzerland.

He told his audience that he believes President Donald Trump wants to create a ‘mafia state’ in the US, but can’t because of the strength of the country’s underlying institutions. Soros didn’t elaborate on what he meant.

Billionaire businessman, George Soros (left), called out the Trump administration for being a ‘danger to the world’

The businessman-turned philanthropist has been a consistent critic of Trump who is also in Davos, the first US president to attend since Bill Clinton in 2000.

Trump found a softer way to package his ‘America First’ agenda he strode through the conference center on his first day in Davos, calling for prosperity and ‘great peace’.

Soros has been a consistent critic of Trump who is also in Davos, the first US president to attend since Bill Clinton in 2000. Trump is pictured at the World Economic Forum on Thursday

‘And I think that really is the message,’ Trump told pool reporters who trailed him at each scheduled meeting at the gathering of bigwigs in the snowy Alpine town.

Trump also renewed his public pitch for investors to pour money into the US.

A lot of people are coming back to the US. ‘We are seeing tremendous investment,’ he said. ‘And today’s been a very exciting day, very great day and great for our country,’ the president said.

Trump landed on Thursday in Switzerland, where his outsized personality and determination to push an ‘America First’ agenda was upending the annual Davos conference.

To an extent, the annual confab of billionaires and CEOs was centering around Trump even before Air Force One touched down in Zurich, then flew aboard Marine One to Davos in the Swiss Alps.

Trump is due to address delegates Friday.

One thought on “John Kerry and George Soros Both “Predict” Trump Will Be Out of Office BEFORE the 2020 Election; Aside from ASSASSINATION or IMPEACHMENT, How Else Would That Happen?”